Isabella was in the “office” early. She wasn’t happy with calling it an office so she had many thoughts on calling the place many different things. “Studio” was one, “atelier” was another. Neither of them was perfect. She tried “practice” and “clinic” too but none of them covered the fact that the coaching relationship as she saw it was a combination of informality, intimacy and privacy. The idea was to have an “at home” feeling – both for the client and the coach. Isabella decided to call it “My Place”. She could then simply say “I have a place in the Old Town, we can meet there!” And the clients could feel like they were invited to the “home of ISIS”. When you feel comfortable at your coach you can free your mind from your daily struggles and start to see ahead and what you and your coach can accomplish together. Isabella was making the efforts necessary to make her first ISIS client for the day at ease. She made coffee, bought some milk and cookies and some oranges to put in a bowl. And to top it she had bought a bouquet of fresh flowers. All was set.

She remembered that her son had found two toy animals on the sidewalk when they were walking to school that morning, a dinosaur and a tiger. “I wonder if my new client is a tiger or a dinosaur.” She smiled at herself for even thinking this. One lady had seen her carrying them on her way to the Old Town and Isabella had defended herself saying “Oh, they are not mine!” The lady had replied “It would have been more fun if they had been yours!” Isabella realized that the lady had been right. We should allow ourselves to play much more. Isabella had been so good at that before, but the divorce had drained her playfulness for a while. Today was a brilliant day for getting herself back!
There was a little noise coming from the waiting room so she went to greet Camilla, her new client, arriving perfectly on time. Camilla was a woman in her forties, informally dressed in jeans and a blue leather jacket. Isabella offered her a cup of coffee or tea and she chose tea. Her choice of tea was vanilla flavoured and that seemed to suit her. While Isabella was doing her best to make Camilla comfortable to start off their coaching session in a good way another person in a small flat in another part of town was making an effort to appear as normal as possible and to blend in perfectly. To be seen regularly at normal hours was the ideal way of not being seen at all.
Back in the Old Town the coaching had started. Isabella told Camilla everything about the absolute confidentiality, the ethics surrounding coaching and everything she would need to know to feel safe with Isabella. “So what do you want to be coached on?” Camilla hesitated for a second. And then another. Then she said “I am not satisfied with my marriage.” Isabella lost her breath for a moment and thought “I get the clients I deserve.” Isabella asked Camilla “What is it really about?” A classic coaching question. “It’s about infidelities and different sex and freedom needs. And the infidelity is also with a man!” Isabella’s mind was working over-time. “So Camilla’s husband had betrayed her with a man? And the reason being his higher sex drive and need for freedom? That would surely be a hard issue to resolve. “OK Camilla, what do you want us to focus on today?” Camilla replied that she would like to find a way to repair the relationship.”What does your husband feel?” “Not husband – wife!” Isabella suddenly realized that her image of the problem was totally off target. Camilla had a wife – not a husband. Isabella wondered if the rest was wrong too and began to ask some more questions to remove the uncertainty. “Is it she or you who has been deceitful?” Camilla responded slowly “It is me. I seem not to be able to keep to one person or even keep to one sex.” Isabella learnt the hard way that everything might not be as it seems at first glance but totally different. In this case it was clear that Camilla was nothing but “vanilla”. Isabella wondered if it was even more to this than has met the eye yet but hesitated a second before continuing. This was a complexity beyond most of her coaching experience so far. But she knew that this client really needed help so she continued the session. A bit more than an hour later the session ended with Camilla making the appointment for their next session. Seems like Camilla had felt the presence and trust necessary to continue. Isabella had learnt new things too. Never take anything for granted! 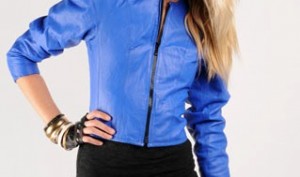 194 thoughts on “March 3 – The Die is Cast in Iron Square! Story by Coaching Detective”